The singer wedded Omobewaji during the naming ceremony of his second child with his lover on Tuesday.

Recall that on Monday, Portable was ordered by the Ogun State Police Command to report to the nearest station for allegedly gang beating a friend in a viral video.

ALSO READ:  2 things Saga was expected to do after Nini went missing in the house 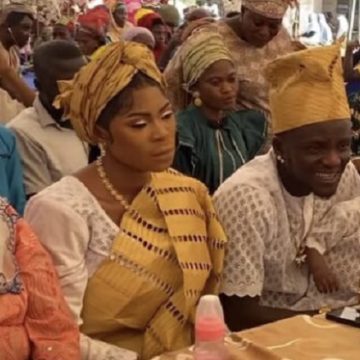 Portable was seen in a viral video accusing and ordering his men to beat up a young man, popularly known as DJ Chicken, for allegedly advising Portable to stay away from his friends because “they had no glory.” DJ Chicken, according to Portable, sent the message through his ‘wife’.

The singer and his lover, Feranmi, already have a child together named Iyanuoluwa.