How Lagos4Lagos May Be On The Same Mission That Obanikoro Regretted | MyLatestGist.com
Spread the love

The political happening in Lagos State could not be considered as a completely new occurrence, if we care to visit the memory lane and interrelate the course of the political developments in the state between 2007 to date.

On Saturday, December 4th, 2021 the dissenting members of the ruling All Progressives Congress (APC) in Lagos State who grouped themselves under an umbrella of Lagos4Lagos, completely, defected from the ruling party to the opposition party, Peoples Democratic Party(PDP).

It could be recalled that Lagos4Lagos has been a political movement under the leadership of Olajide Adediran who is popularly known as Jandor.

Lagos4Lagos had presumably insisted that the group was ready to give all it takes, in the course of stopping imposition of governorship candidate of the progressive party by the former governor of the state and a national leader of the ruling All Progressives Congress (APC), Asiwaju Bola Ahmed Tinubu.

Besides, Lagos4Lagos had vowed to produce the next governorship candidate of the party and take over the affairs of the progressive party from the perceived political landlord of Lagos State, Asiwaju Bola Ahmed Tinubu.

ALSO READ:  Just In: Despite Tinubu’s Health Condition See How APC Plans To Make Him Appear Strong For Presidential Seat

Overall, Lagos4Lagos under the leadership of Olajide Adediran who is also known as Jandor might have chosen their political struggle the same path, it was towed by Senator Musiliu Babatunde Obanikoro. 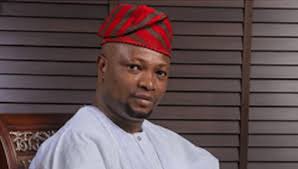 Senator Musiliu Babatunde Obanikoro commenced mobilizations against the political influence of Asiwaju Bola Ahmed Tinubu in the then Action Congress (AC). He fought the political battle till he was made to know that there is superiority in political sagacity.

The struggle was so tough that some political observants began to fear the slogan that was installed by Senator Musiliu Babatunde Obanikoro which sounds “Kosi Koro, Kosi Ibo” which means, in English “Without Koro, There is No Vote”. This slogan traveled distance that some political gladiators often believed the Action Congress (AC) would hardly record thousand of votes without Asiwaju Bola Tinubu submitting himself to Obanikoro’s pressure.

ALSO READ:  The Old Photos Of Eudoxie Yao Before Her Surgery Will Surprise You

Asiwaju Bola Ahmed Tinubu outsmarted all his plans and, successfully, had Babatunde Raji Fashola positioned as the Lagos State governorship candidate of the Action Congress (AC).

Just like the conveners of Lagos4Lagos, the conveners of “Kosi Koro, Kosi Ibo” or otherwise called KoroNation by some, defected to the opposition party, Peoples Democratic Party (PDP), and was given the governorship ticket of the party. 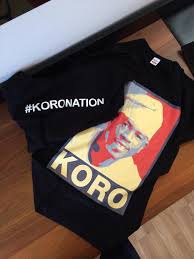 Even, Lagos4Lagos has not gotten it up straight to this point where Obanikoro had exhausted.

Obanikoro enjoyed the full support of the Federal Government of Nigeria which was, then, under the control of Peoples Democratic Party (PDP) and waged a full scale political engagement against the political position of Asiwaju Bola Ahmed Tinubu. One may doubt, if the opposition Peoples Democratic Party (PDP) will give any member of the Lagos4Lagos group to become the governorship candidate of the party in the 2023 governorship polls, so that they can test their political popularity to the stage that Obanikoro had done.

ALSO READ:  “You Are Already A Failure In Governemnt And You Will Leave A Failure” – PDP Tells President Buhari 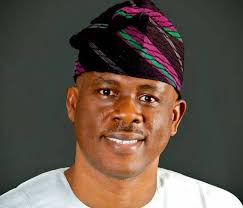 Upon all, Senator Musiliu Babatunde Obanikoro lost the 2007 governorship polls and later returned to the political base of Asiwaju Bola Ahmed Tinubu to, unequivocally, attest to the superiority of his political sagacity.

Although, it remains uncertain if the conveners of Lagos4Lagos would later return to the progressive fold, but after Obanikoro made a return to the progressive fold in 2017, he was quoted by TheCable to have insisted that “… I was never comfortable all along that I lost personal relationship with Asiwaju Tinubu. What has happened to me as regards my relationship with Asiwaju Tinubu should serve as a good lesson to the younger generation…”

Considering the above statement, one may be convinced that Obanikoro regretted towing the political path that the conveners of Lagos4Lagos are, currently, going through.

SORRY GUYS, DUE TO THE CONTENT IN THE VIDEO, WE CAN’T POST THE VIDEO HERE, SO KINDLY  CLICK HERE TO WATCH IT NOW
Tags
how lagos4lagos may mission obanikoro politics regretted same that the

Nnamdi Kanu Not Bothered About Buhari’s Refusal To Release Him